Workers at PCI Pharma Services in Northeast Philadelphia are no strangers to high-value drugs for cancer and other illnesses arriving at the company’s dock for packaging and labeling. 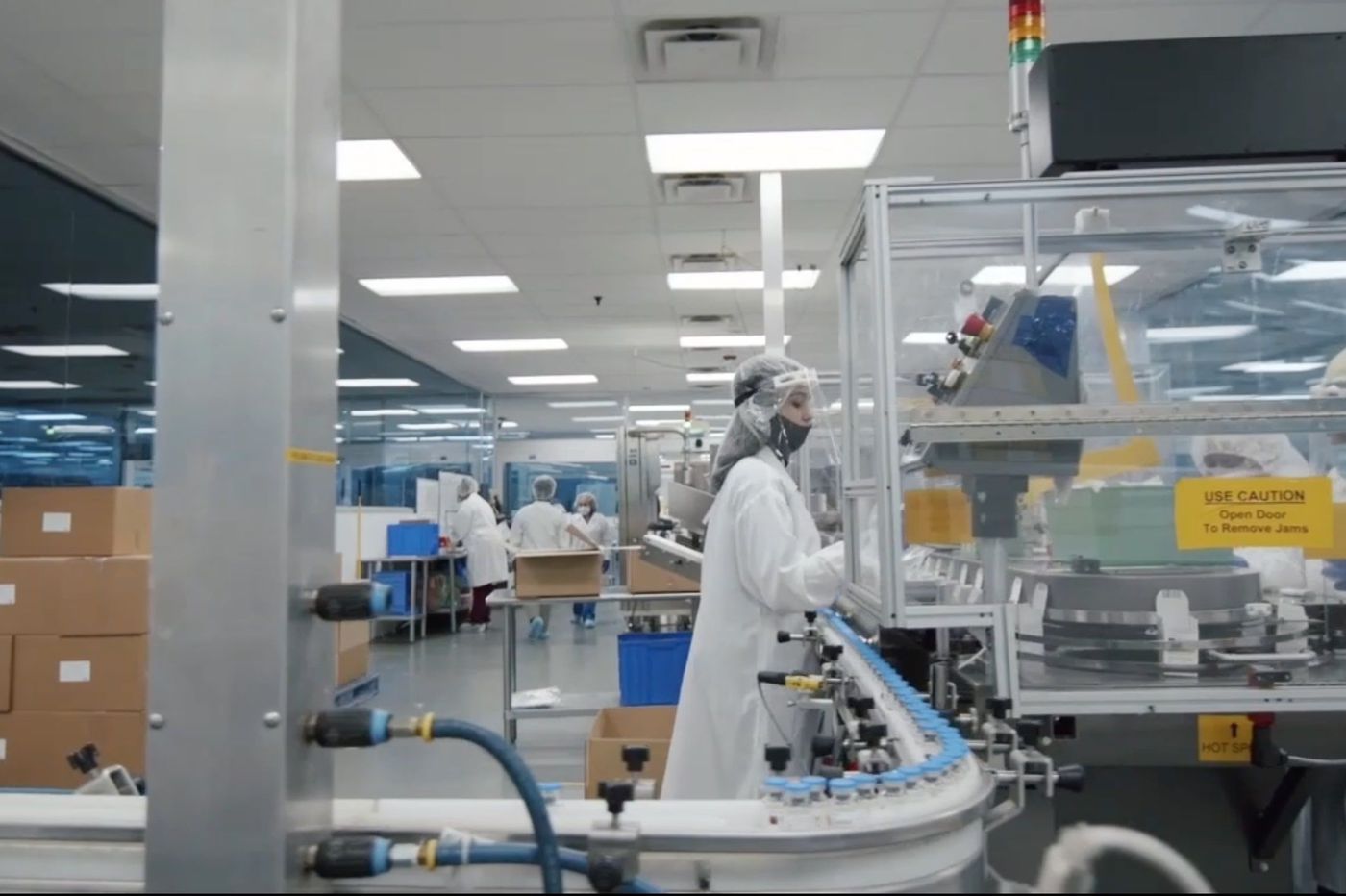 But what happened right before Thanksgiving was unusual. U.S. Marshals accompanied the first shipment of a COVID-19 vaccine to PCI’s 500,000-square-foot facility on Red Lion Road across from Northeast Philadelphia Airport.

“There was a lot of excitement. We were all here at 4 a.m. to see the shipment come in,” said Chris Blanton, a PCI vice president and general manager of PCI’s Philadelphia location, which employs 800 and is also the international company’s headquarters.

Blanton said that, for safety and security reasons, he couldn’t say which vaccine the company is working on. So far, the PCI plant has handled “hundreds of thousands” of COVID-19 vaccine doses, Blanton said, and he’s expecting eventually to send out two to three million doses for multiple clients.

Here’s what happens after the vaccines arrive at PCI in special shipping containers that keep them cold, Blanton explained a few days ago. First, the vials are moved to a freezer that is kept at minus-4 degrees Fahrenheit until further processing.

“We thaw the vial, and then we label each individual vial, so that it has traceability all the way through the supply chain,” Blanton said. Then the vials are repackaged for shipment to a distribution center managed by PCI’s customer. From there they go directly to hospitals and clinics nationwide, he said.

PCI’s Philadelphia facility is in a good position to handle whatever surge in business it gets from vaccines because, last summer, it finished $25 million in upgrades. The work allows it to capitalize on the growth of biologics, or drugs made from living organisms, said Brad Payne, PCI’s chief operating officer. 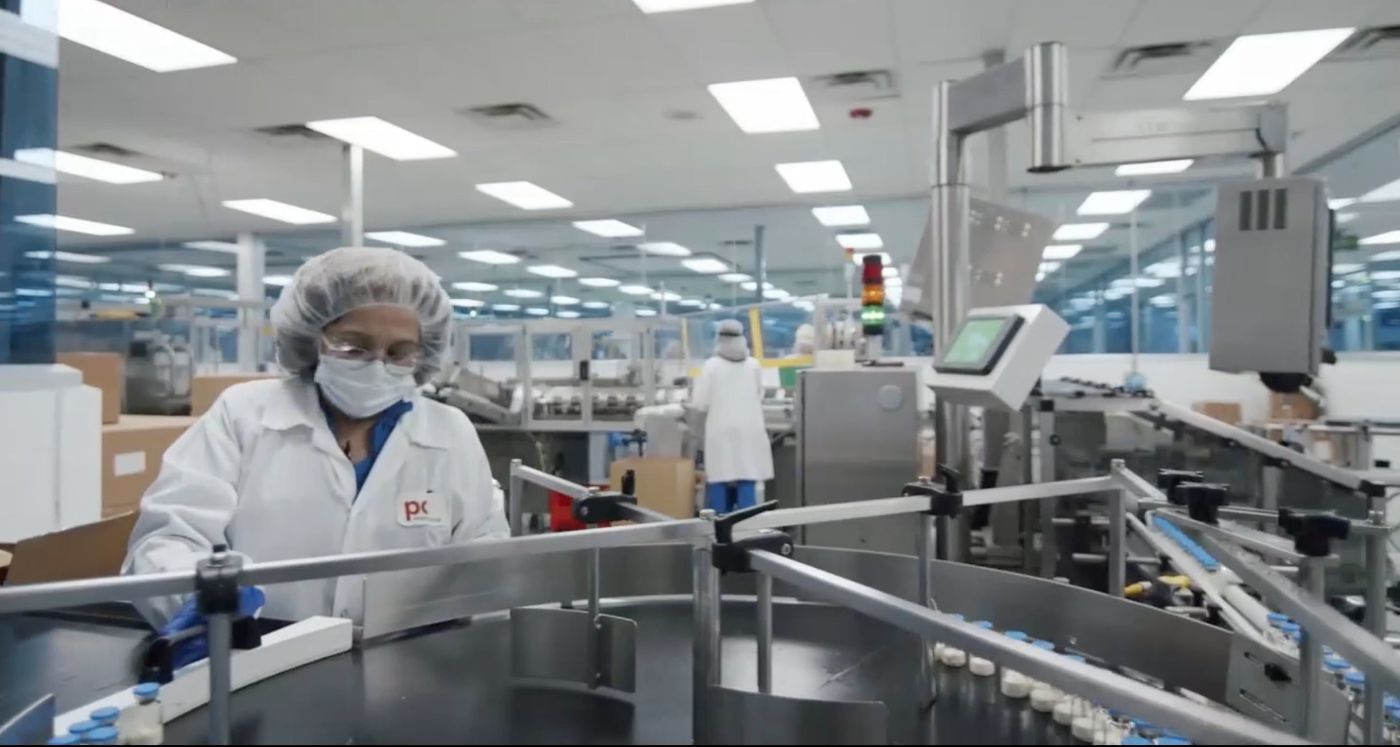 “We made those investments, and then when COVID came out, we were really ready with the capacity,” Payne said.

PCI’s big bet, however, is not on COVID vaccines. Rather, it is on growth in the use of drugs that patients inject themselves, an increasingly common method of drug delivery for biologics, Payne said. With those drugs, the manufacturer sends PCI “a little cartridge with a drug in it, and then we assemble around it up to 15 parts” so you can inject yourself at home, he said.

PCI declined to name specific customers, but Humira, a treatment for autoimmune disorders, is a well-known example of a self-injected drug.

Those services and devices are far removed from PCI’s roots in a company called Packaging Coordinators Inc., founded in 1971 at the corner of K Street and Erie Avenue in Juniata Park as a packaging materials company focused on the pharmaceutical industry.

When Cardinal Health bought PCI, then publicly traded, in 1996, PCI was offering a full range of packaging services to the pharmaceutical industry, including printing the packing inserts. Cardinal sold after a decade to Blackstone, which renamed it Catalent and combined it with a broader range of pharmaceutical services companies. Since 2012, when it was sold again, PCI has morphed into a company with a longer range of supply-chain services, such as development and manufacturing, clinical trials, and packaging and distribution of approved drugs.

In the last eight years, a couple of private-equity owners have expanded PCI through seven acquisitions, building a company with $700 million in annual revenue and 4,000 employees worldwide at 10 locations. PCI’s latest majority owner is Kohlberg & Co. LLC. Mubadala Investment Co., Abu Dhabi’s sovereign wealth fund, and Partners Group, a Swiss firm that used to be the majority owner, are minority owners.

Kohlberg completed its acquisition late last month as the coronavirus was gearing up for its post-Thanksgiving surge. The price was not disclosed.

Blanton, who has worked at PCI for close to three years, said he has been “blown away” by the work ethic in the Philadelphia region, especially during the pandemic. “Our associates were coming to work every day, when, quite frankly, as a world we didn’t have all the answers,” he said.

It helped that management has a good relationship with United Steelworkers Local 286, which represents about 500 of the plant’s workers, Blanton said. “We were having labor-management calls twice a week” to figure out ways to apply the latest CDC guidance.

The union was also impressed with management. “This company went really above and beyond, I have to say, in taking every precaution,” union president Carlo Simone said.

The company had a mobile unit with nurses to check temperatures and to provide medical support for employees; it installed plastic barriers between workers on tight production lines. It gave extra breaks. It allowed people to take leaves of absence. And it provided an extra $100 a week in what Simone called “thank you pay” for two months.

Those things pay off, Simone said. The workers at PCI take a lot of pride in their work. “They understand the importance of the work they are doing,” he said.

As well as the cold chain storage, we provide a complete range of clinical supply services

We are committed to supporting clients at every stage of the clinical cycle, delivering best-in-class services efficiently and effectively.

Find out more about our Clinical Trial Services here

Your bridge between life-changing therapies and patients

Drug Development & Manufacturing
Clinical Trial Services
Commercial Packaging Technology
We use cookies on our website to give you the most relevant experience by remembering your preferences and repeat visits. By clicking “Accept All”, you consent to the use of ALL the cookies. However, you may visit "Cookie Settings" to provide a controlled consent.
Cookie SettingsAccept All
Manage consent

Any cookies that may not be particularly necessary for the website to function and is used specifically to collect user personal data via analytics, ads, other embedded contents are termed as non-necessary cookies. It is mandatory to procure user consent prior to running these cookies on your website.